For the first assignment of the new semester, the instructors assigned us to visit Erimtan Archeology and Arts Museum and the surrounding area. We were expected to examine how the bodily experiences are related with the horizontal surfaces. Initially, we started it by measuring the heights of our body while standing, sitting, raising our arms, looking to the upwards and downwards and etc. And then we started our discovery with these informations. First, we realised that those art pieces were situated according to our eye level and  related with their heights. Because some of them was directly at our eye level, however, some of them was situated as we can observe it by looking downwards because their own heights were bigger than the others.

The other thing that we have discovered is the orientation. We discovered that the art pieces were leading us from one point to another and the ending point was the start of a new directions. This was designed as the architect wanted us to cruise around al the art pieces.

We tried to show these informations in our model. The elevation of the units represents how we observe art pieces. For instance, the units which are composed of 15 planes shows the eye level. The lower units show that it was under eye level. 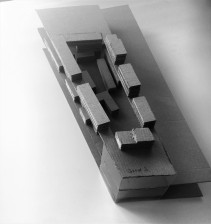 For the next step, we were expected to discover how horizontal surfaces can shape and orient human bodily experiences and how such experiences can relate to each other and such relationships can be shaped and oriented. So that, we tried to produce variations of experiments by changing one parameter. For the first couple, we changed the shape of the floor so that we could discover what changed accoring to the alter of the horizontal surfaces.

For the second group of models, we introduced 3 keywords that we had focused on. These are density, speed, duration. We discovered that the density changes according to the shape of the hoizontal surfaces. So that, we studied that the change of of the variable density effects how constants of duration and speed of movements. And then we showed speed with the height of the vertical pieces. And the closeness of the pieces shows us the duration of the movements. For instance, in the narrow horizontal surfaces, density increases. The increase of the density influences the speed and duration as well. The speed decreases and duration increases with density. 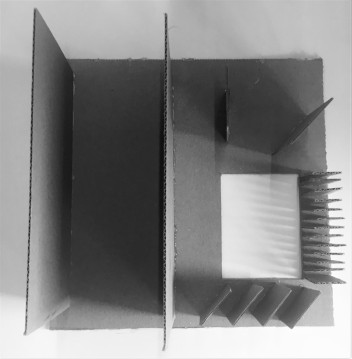 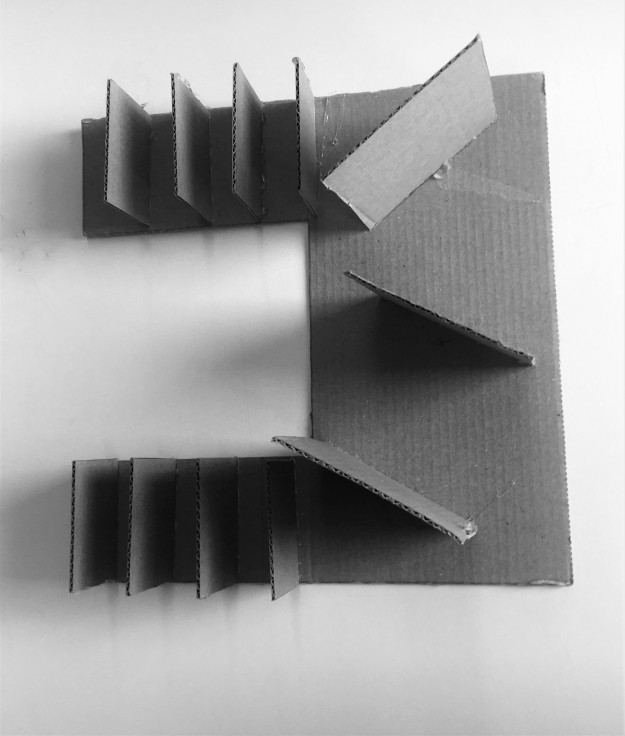