For this week of architectural history, I have read the fourth chapter of World Architecture book, included Southwest Asia and Achaemenid Persia, The Greek City-State, Mauryan India. I will try to inform you about this chapter as far as I have read.

Southwest Asia mostly rose on a period of stagnation in ninth and eighth centuries. As a result of the scarcities and invasions the growth of the cities has slowned down. However, the empire that known as the first true empire, called Neo-Assyrians agglomerated a brad new huge army in northern Iraq and Iaid known as the lands of the Fertile Crescent. They had a lot of master military equipments such as iron weapons, archery, wheeled chariots and new techniques. So that, they started to conquer a bunch of cities. The reason of this attempting was to enhance the power of Sargon’s Akkadian empire. He known with his conquests of the Sumerians City-states. He modeled himself as the imperial of the Bronze Age. He commissioned a new capital named after himself. This is very unexpected for us because normally cities named according to their gods.The name of the city was Dur-Sharrukin, now called as Khorsabad.

Sargon designed this capital city according to a orthogonal plan setting. The outline of the city was very unique because of their shape that it was nearly a square. The city was designed according to a grid and includes streets. He had a great palace in the city. The palace included six ziggurats and a gate that has huge figures on the wall. The entries were located at the inner palace in an assymetrical anner to encourage the direct access. The rooms were constructed with mud bricks and they did not put columns so they needed to designed them narrow and long. The receiving light system were taken reference from the typicall Mesopotamian housings. The whole palace were lighted from the light receieved from courtyards and distrubuted to all palace.

After the years, Sargon died in a battle. So that, his son needed to hand on the imperial. However, the city lost its old great power because of that imperial change. Yet, the site still was a religious place.

Babylon’s meaning in Akkadian language is “Bab-ilim” namely “Gate of God”.  New Babylon was a very multinational site that include a lot of diverse cultures namely a melting pot. As a result of that, the city needed to include a lot of different reliogous temples for their citizens. So that, the governors of the city called themselves as the defenders of religion rather than champions of warfare. The architects of New Babylon designed new temples and planned new ceremonial pocessions. They kept the idea of having rectangular walls and having a royal palace of  Dur -Sharrukin. Nebuchadnezzar II reconsturceted the inner walls with rectangular pattern. They built up a brand new ziggurat called Entemenanki. Entemenanki ziggurat was very important for them because it was carrying the importance of being the foundation of heaven and earth inspired by the Tower of Babel. It has seven levels that each of them respresent the seven steps of heaven.

This week I have read the 3rd chapter of world architecture. This chapter is focused on The Aegean in the Bronze Age and New Kingdom Egypt.

In Bronze Age, different civilizations started to settle down to different parts of the world. Around 1500 BCE, the Aegean and central Anotolians started to settling down near the landscapes that is mostly rocky. One of the islands located in the Aegean, which is called Crete, was very peace- loving civilization and singularly open. The interesting thing about Crete is that the women had a very important role in the society. For instance, they had central role in affairs of state and also in religion as well. They had a deep belief focused on sacred hilltops, miracle trees and mysterious grottoes. This beliefs influenced architectural approaches as well. Their architects used large and raw stones and also cyclopeans masonry to build their structure. So that, they could make them seen like they have occured with natural processes. These structures thought as they built by giants later on.

In this age, the architects started to design their buildings with an indirect circulation to give rise to their legend of the Labyrinth. On the other hand,  Mycenaeans and Hittites, built their cities with stones. Because they wante to have more fortifications.

Another different culture that has awaken on Crete was Minoans. They called as “ninety cities” however, only couple of them was large enough to be called as city. The biggest one was Knossos. Minoans were very peaceful society like the other civilizations on Crete. Thats why they did not build walls to protect ther city. Because they did not give importance to defense their city but communication. So that, they built towers for society to communicate and create a network and protect their whole island. In Knossos there was a huge complex for religious approaches located on the upper edges of the city. This religious place known as the labyrinth later on.

The Egyptian governors, redirected their ceremonial life. They built a brand new city which is called Thebes, for their religious approaches. The city as two huge temples called Karnak and Luxo and a burial grounds called Deir el-Bahri known as the temple of Queen Hatshepsut. They have a great compositions of huge columns, colossal statues and especially hypostyle walls full of colour. It has a very basic system called post and lintel system.

Mesopotamia is a district that has grew up along the  Tigris–Euphrates rivers around 3000-1500 BC. Even though the flooding was irregular, because of these two rivers Mesopotamia was a place of abundance. That is the reason why Sumearian people settled down in that region and live throughout the years. They had a great infrastructure system to organize those floodings such as fortifications, canals, dikes and etc.

The council of elders and priests were governing the city states in Mesopotamia. The architecture came into prominence in that era. Their architects constructed huge buildings. Because they needed space to collect their grains and stuff. So that, they started to construct massive towers made out of mud-bricks.

Moreover, the architectural traditions developed with a written language as well to satisfy the common needs of people such as religious and politicial needs. As cities started to grow, they needed architects’ expertness even in the standard housings. Because there were regulated codes of city plannings such as alligning the streets, water disposal, infrastructure and roofing. As you can understand from the aerial viewpoint, the city is resembled as a cells through a microscope. It is because of the great planning of the canals, streets and dwellings.

The citizens of the Mesopotamia thought that their city was a sacred place. So that, they gave their God’s name to the city. Because they thought it would bring protection of God of their city.

The other significant structure that Mesopotamian people constructed is temples called Ziggurats. They accuulatd huge mud bricks into stepped towers. The reson of that was trying to create a stairway to heaven to have a connection with their gods. The ziggurats were showned as a concrete verticuar axis mundi, a sacred center of the world, where the privileged class and the priests and the governors performed their rituals. These rituals were performed because they believed that it would secure the destiny of the city.

As a result of the  division of labor for complex tasks, the high class such as priests and governors invented the first written language to keep records and inventories. They produced tablets made out of clay (mud bricks) which is most available medium for both architecture and writing. As the governors completed cuneiform writing, the city itself became a  type of a language. It is the first architectural representation.

The high class of the Sumerian people created architecturally parts of the city to collect and store agricultural prdoucts which are the one of the most important thing for them. So that, their architects designed a special place that known as the sacred place, using orthogonally aligned storehouses to frame temples. That place called as temenos later on in Greek.

Architecture was born in our prehistory. Around 12000 BCE humans had spread most parts of the globe. So that, they started to establish new civilizations and small villages near the caves and along the shores. Because  these new settlements were especially  suitable for farming and hunting.

As a result of this civilization, they started to discover a lot of things according to their daily life needs. First of all, they tried to understand and learn the climate of their new settlements because it is the most significant information for them. Because they were spending their life by hunting and farming. And they found a way of handing down the information to the next generations.

On the other hand, they developed the specialization of the building according to their importance and purposes such as religious and communal. As a result of that, architecture gained importance and developed.

Before this developement of settlements hunter-gatherers established some centers that they could travel travel from far away. Nabta Playa is one of  the important examples of these ritual centers. This site was different than a normal Stone Age site. Because it contains a set of stones that were built according to the purpose of organizing the time of seasons. 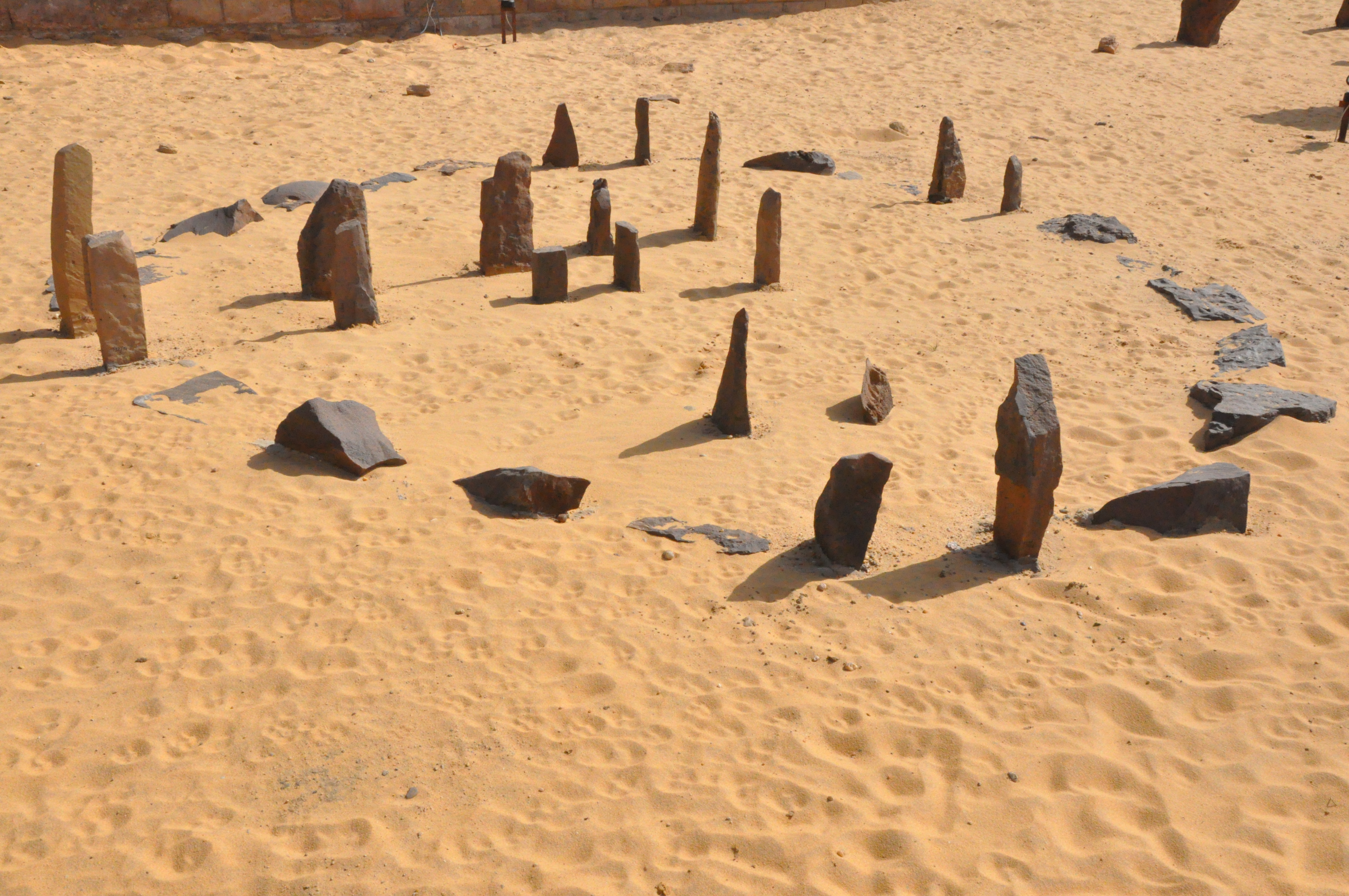 The other significant stone age site that the book thouched upon is located in Urfa in Turkey. This temple called Göbekli Tepe. Göbekli Tepe site includes several circular stone walls. the temple arises from these circular walls which contains detailed paintings of reliefs on them. And it known as the first temple of the whole world.

Throughout the time, humans built their habitats in the mountain regions. One of the most productive of these habitats whic has been mentioned in the book is Mesopotamia. This site is located in the borders of Turkey like Göbekli Tepe. However, it differs from Göbekli Tepe in terms of the climate. Because of the difference of this climate vegetation cover and breeding differs as well. So that, farmers lived in the valley unlike the society. Throughout the time, Mesopotamia became the largest network of villages in the world around 5000 BCE. The basic building material of the buildings in Mesopotamia was timber and mud. The walls of the houses were covered with the honeycomb pattern to increase its durability. The archeologists found wild sheep skulls, at the houses, attached to the plastered walls like in the Çatal Höyük.

Çata Höyük is located in the central Anotolia, Konya. The location of Çatal Höyük is known as the oldest center of the metal trade. The site is composed of the houses with rectangular flat walls and the entrance was onf the roof. And also city did not have any streets because it was composed of the adjacent masses (houses). The windows were located in the rooftop so that daylight penetrating from those small openings.

These are the brief informations that have sticked in my mind when I read the book of Francis D. K. Ching & Vikramaditya Prakash, A Global History of Architecture.